"Welcome to my book! It is a collection of Bach chorales with their basslines specially adapted to be played on timpani. You can play along to the accompanying CD of professional recordings. The book contains 28 Bach chorales, the timpani parts from Bohemian Rhapsody (from We Will Rock You) and No Change by All Bluff and Porterage, and some chapters on general timpani playing.

For each chorale I have written three or four different versions of increasing difficulty, ranging from a few downbeats and cadences to playing the full bassline throughout. For an explanation of the notation have a look at the samples attached.

This easy example has just a few pedal changes (indicated by crossed note-heads). Although the notation shows you how to play the  chorales on four timpani with ‘wedge-notes’ as the outer drums, most of them, such as this one, are easily playable on two or three drums.

The last example of each chorale closely replicates the full Bach bassline.  Some are easier than this, and some are a bit harder. Later examples don’t have crossed note-heads because there would be so many.

Faster chorales like this one have an additional slower track on the CD to play along to. "

“Adrian’s Bach basslines are a welcome addition to the timpani repertoire. I find them excellent for exam and audition performances, both for showing pedal virtuosity as well as for other instrumentalists to judge the musical potential of the candidate.” - Nick Woud, Principal Timpani Royal Concertgebouw Orchestra Amsterdam

“Bending Bach’s Basslines is a book I’d very much like to recommend to all timpanists. It fills – quite fabulously – a gap in our literature that I’d never consciously realised even existed. Of all the many tutors and collections of studies I know (both in English and in German), I honestly don’t feel any comes close to guiding and helping timpanists to develop their ears and so many facets of their technique in such a mercilessly musical way. Very methodical and well-paced, Adrian’s approach encompasses aspects of making music with other instruments – most fundamentally with the human voice – that go far beyond the scope of any other tutor I know. It’s benefitting me, no question!” - Tom Greenleaves – Principal Timpani, Leipzig Gewandhaus Orchestra

Show More.. Show Less..
Skip to the end of the images gallery 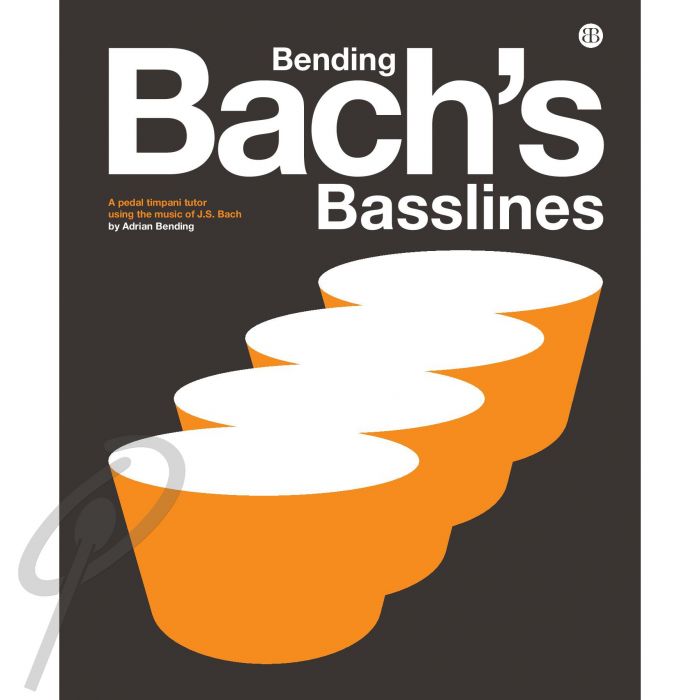